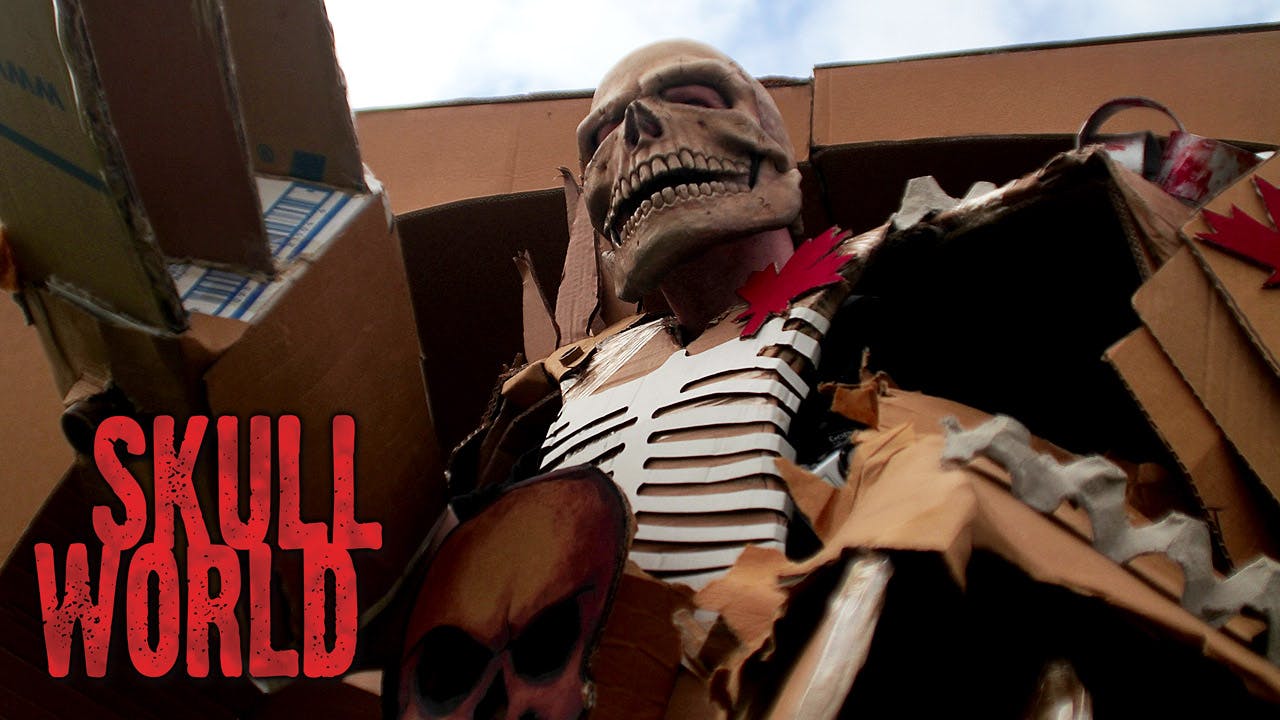 "An early contender for one of the best documentaries of the year." -Examiner.com |
Follows several years in the life of Greg Sommer, aka Skull Man, as he builds the Canadian chapter of Box Wars, an international underground movement of cardboard-based combat. Metal, mayhem, comedy and creativity collide in this globe-spanning tale of a man, his mission, and the adventure that is his world. | "Damned entertaining.... fans of documentaries such as 'Best Worst Movie' will get a kick out of it" -The Lair of Filth. | "Truly unique, and surprisingly inspiring" -Ain't It Cool News |
"I can't remember the last time I had this much fun watching a documentary." -Film Army | Directed by Justin McConnell. Co-distributed by Indiecan Entertainment & Unstable Ground Inc.,
indiecanent.com,
unstableground.net |
Co-produced by Raven Banner Entertainment and Variety Store TV Inc.,
ravenbannerentertainment.com,
varietystoretv.com |
Get involved with Box Wars -
Canada: boxwars.tv,
Australia: boxwars.net,
San Francisco: boxwars.tumblr.com/,
UK: myspace.com/boxwars,
France: cartonnades.canalblog.com/,
Netherlands: cardboarders.com/